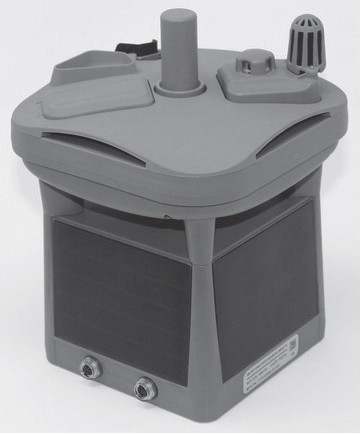 Before departure, the loadmasters asked each team to cut supply weight while maintaining the required capability for their mission. With their existing Tactical Meteorological Observing Systems weighing nearly 200 pounds and filling an entire pallet of 5 cases, the CRG Weather Superintendent decided to bring ISI's MWS instead, due to its small size, light weight, and solar power capability. Since the MWS weighs less than 4 pounds and fits in a small case, it allowed more than 180 pounds of additional resources to be added towards the relief effort. Hurricane Michael destroyed the power grid at Tyndall Air Force Base, and its airfield weather sensor was non-operational upon the arrival of the CRG. Within minutes of boots on the ground, the MWS reported ground observations and transmitted panoramic images to the Department of Defense and National Weather Service networks. For nearly 72 hours, without a glitch, the MWS provided the only ground weather observations in support of aviation resupply efforts. With its two-way satellite communications and solar-powered battery
operation, the MWS was the only solution for weather data at the devastated airfield.

The sensor's reliability also allowed the CRG ground weather personnel to provide additional support efforts since zero action was needed to maintain and operate the sensor. ISI's  President and Chief Operating Officer, Frank Willis, said, "ISI is pleased that the MWS demonstrated and proved its value in support of this critical contingency response.

The ability to provide uninterrupted weather observations during the disaster relief effort meant getting supplies directly to those families in need." After three days of continuous weather observations in support of the CRG's efforts, the MWS successfully completed
its "first-in" ground observing and reporting mission.