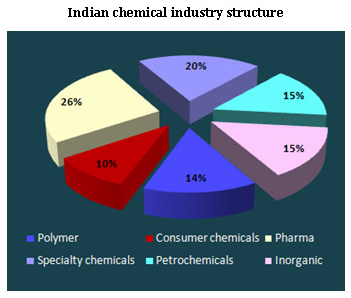 The different types of synthetic polymers are as shown below:
1) Thermoplastics
2) Thermosets
3) Elastomers
4) Synthetic fiber.

Polymers are ubiquitous in today’s world and have contributed to the improvement of the quality of life. Polymers play a crucial role across industries from clothing to transportation to shelter, communication and health. It is light in weight, high in strength and easy to process, which makes it an ideal raw material for the needs of man. India is the third largest consumer of polymers and is soon to become a global polymers powerhouse. Growth across the polymers industry has kicked off in India after 1991. The global specialty polymers marker is expected to grow at a CAGR or 5.87% during 2013-2018. Polymers form 70% of petrochemicals which is the reason they are an important part of the Indian chemical industry. Polymer consumption across the country grew at a CAGR of 9.1% and the domestic chemical industry is expanding its capacities to match the boom.

Currently, the Indian plastic processing sector consists of more than 30,000 units which are involved in the manufacture of a variety of items through blow moulding, injection moulding, and extrusion and calendaring. The industry has grown to become a leading sector in the country with a sizable base.  The Indian plastic industry is about 0.5% of India’s GDP and the export of plastic products also yields about 1% of the country’s exports. With a large presence in the country, the industry provides employment to an estimated 0.4 million people and about Rs.100 billion are invested in the form of fixed assets in the plastic processing industry.

India is expected to enjoy the fastest growth in the polymer demand in the world over the next five years. The industry will outstrip China and other emerging economies. There is massive investment in the region’s petrochemical and polymer production industries which drive strong growth in the polymer demand. Although the industry is rapidly growing, there are substantial challenges as well. The lack of sufficient local polymer production is one major obstacle for many plastic processors in the country, which makes the industry heavily reliable on imports. However, the Government is seeking to address these issues with the implementation of strategies to tackle the limitations of power and infrastructure. There is no denying the fact that plastics will play a crucial role in changing the picture of the economy. 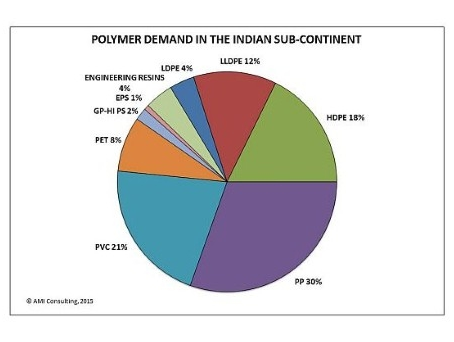 India stands third in the consumption of polymer globally after China and US. There was a slowdown in the economy during 2014, but the industry is believed to be on track now. With an increase in the demand, the polymer consumption is expected to double by 2020 to reach 20 million metric tons. The key players in the industry believe that the growth drivers of the sector are in place and with the manufacturing industry and the support of the government, the best is yet to come.

As polymers replace the traditional packaging material, there are other long term factors that fuel the growth of the sector. These include the surge in the annual car production which is predicted to grow to 9.3 million vehicles by 2020. Since the automobile sector is one of the biggest consumers of polymer, the growth is further expected to increase. The Government is also planning to increase its spend to USD 1 trillion on the infrastructure of the industry. India could become the seventh largest consumer of polymer by 2025.