The Growth Of Dyes And Dyes Intermediates

An important growth industry in India-dyes are used to impart colors on a surface. In order to manufacture dyes, dyes intermediates are used as raw materials. The intermediates comprise of petrochemical products which are processed to manufacture final pigments and dyes. One of the most extensively used dye intermediate is H-acid and it is used in the production of hair dyes. Manufactured from nitro aromatics which are made from toluene and benzene that are petrochemical products. Hence, any fluctuations in the crude oil prices has an impact on the dye intermediates market. There is an increase in the demand for dye intermediates in the textile industry and in printing inks which has led the companies to increase the production of dye intermediates. It is anticipated that easy availability of raw materials will lead to an increase in the demand in the future. 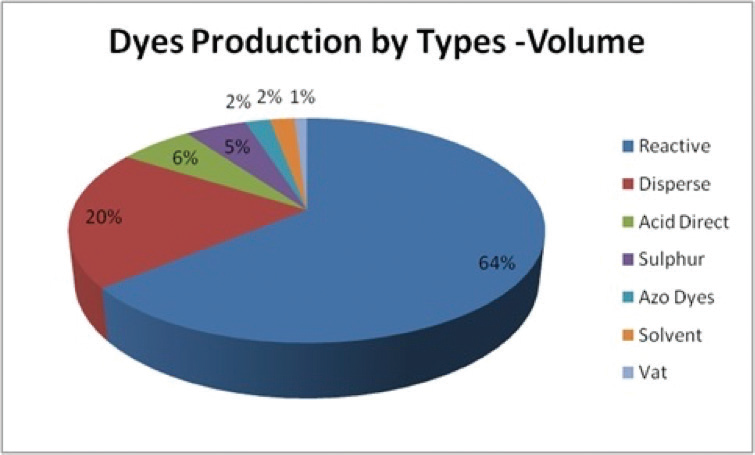 Dyes industry is one of the core chemical industries in India and is also the second highest export segment in the industry. The industry consists of 1000 small scale units and about 50 organized, large units. The total production of all the units is around 130,000 tonnes of dyestuff. Gujarat and Maharashtra account for about 90% of the total production in India and this is due to the easy availability of raw materials as well as the dominance of the textile industry in these areas. Majority dyes intermediates are consumed by the textile sector due to the high demand for cotton and polyester across the world. In the early stages, its production was restricted to the west but in the last few years, they have shifted to the East. The world consumption for dyestuff accounts for printing inks at about 40%, paints at 30%, plastics at 20% and the balance from textiles.


India has a contribution of about 6% in the global market and the sector showed a CAGR of more than 15% over the last ten years. The industry is dominated by reactive and disperse dyes. These dyes are dominant across different regions and its demand is expected to grow further. China, Taiwan and Korea are strong players in the industry while India leads in the production of reactive dyes due to the availability of intermediate vinyl sulphone in the country. The global market is also witnessing technological advances. Companies strive to develop better ways of manufacture of intermediates and have worked on creating new manufacturing processes which is estimated to propel the dye intermediates market. The volatility in prices of raw materials could inhibit the market. The global market can be divided into vinyl sulfone, beta naphthol, Gamma acid, J-acid, CPC Blue, H-acid and Naphthyl Amine. There is an increasing demand from Indian and Chinese economy for beta naphthol which is anticipated to expand at a strong pace. With regard to application, the dyes intermediaries market can be easily divided into plastics, textiles, printing inks, paper and paints. It is anticipated that the textile segment of the dye intermediates market will expand at a huge pace due to the increase in demand of apparels across the world. 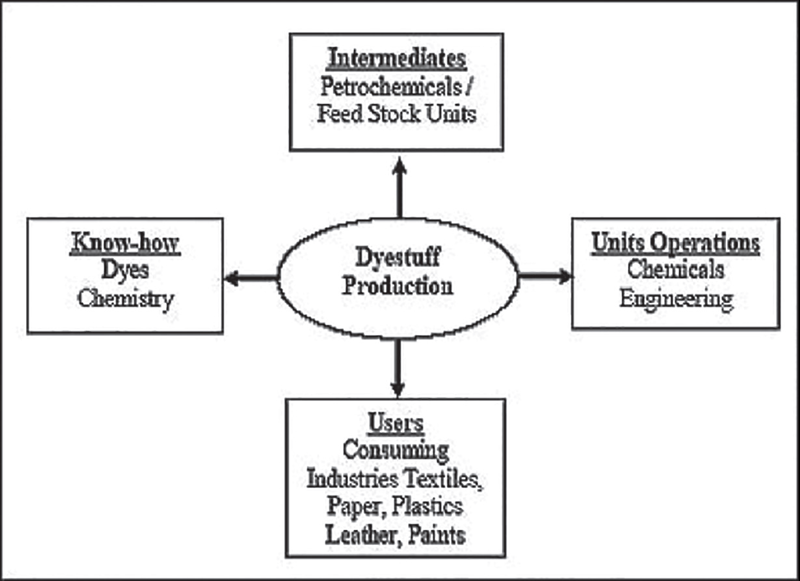 In terms of geography, the dye intermediates market can be divided into North America, Asia Pacific, Latin America, Middle Ease, Europe and Africa. The key share of the market is anticipated to be held by Asia Pacific and the demand is expected to increase due to the growth of the paints and printing inks industry. Further, Africa and Middle East will also be an attractive region for the intermediates market due to the rise in demand in the textile region.

The industry has seen a movement towards consolidation and as a result, many organized players are taking a lead in the global industry. The small units compete in the segments which have low price realization and the competition is sever. The large players are gearing up for global competitiveness and investing into technology, brand building and product innovation. There is an increased focus on environmental friendliness and the industry is also focusing on higher customer satisfaction through marketing capabilities and technical services which could help beat global competition.

The global growth of the sector will highly depend on the performance of user industries which include plastics, paper, printing inks, textiles, paints and foodstuffs. The changing preferences of the consumer and the expansion of the infrastructure creates new business opportunities for the dye industry. In order to achieve the global standards, the industry needs to put efforts across critical areas like exports, co-marketing alliances, research and development, up gradation of the manufacturing families and contract manufacturing with those companies that have established markets and core competence. The industry will see many new technologies being introduced in the market with the help of technical expertise and research and development. The high usage of cotton and polyester has paved way for the increase in the demand for reactive dyes and it is expected that the reactive and disperse dyes will lead the future of the market.

However, there are a number of challenges faced by the industry. These include the labor laws, infrastructure and power supply. If there is an improvement in the same, the market would be able to compete globally. With the declining duty differentials and the appreciation in the value of rupee, it is difficult to make a mark in the global market. The industry also faces fierce competition and high cost of energy. India needs to have a better manufacturing infrastructure and constant power supply in order to meet the demands of the global world. The rising prices of fuel has also impacted the industry. Since dye intermediates are made from petrochemicals, any change in the raw material will affect the entire cycle. The industry is only going to expand in the future due to the increase in demand across various sectors. The industry is undoubtedly headed for a brilliant future.