Although it appears that water is in plentiful supply on the earth, it is rare and a precious resource which should be preserved and carefully utilized. The massive growth in population and industrialization has given rise to an increase in demand for water. Water is used in chemical industries which constitute pharmaceutical industries, polymers, bulk petrochemicals and intermediates. For any economy, the chemical industry is of significant importance but it also has an impact on the environment. Chemical industrial waste water contains organic as well as inorganic material which is present in varying concentrations. This material is non-biodegradable, hence it will require processes to reduce the substance or remove them if possible.

Textile dyeing is one of the most water consuming industries after thermal, engineering pulp and paper industry. Water consumption by textile industries in 2010 was about 1900 million cubic meters and effluent water generation was about 75 per cent of its intake. The figures clearly show that the industry consumes significant amount of water. Hence, water treatment plays an important role here. A process called biological oxidation is widely used and is highly recommended due to the positive results, low cost of running and a lower sludge generation. The objective behind this treatment is the oxidation of the dissolved and particulate biodegradable constituents so that the polluting compounds are reduced or removed.

Dye wastage has a higher pH which needs to be neutralized for bacterial activity. The removal of alkalinity by a chemical agent is known as neutralization. Water which is exposed to extremely high or pH requires a neutralization process before it can be sent for biological treatment. Any acidic water can be neutralized with the use of basic chemicals. The water is then sent to the biological oxidation tank through the feeding pumps which guarantee a homogeneous flow to the biological oxidation treatment, which is the most important phase of the treatment.

When it comes to water treatment, there are four classifications- the first involves removal of large particles and solids found in the wastewater;the second is a primary treatment which involves the removal of organic and inorganic solids by adopting a physical process. The third treatment is where the suspended and residual organics and compounds are broken down. This involves the bacterial degradation of the undesired products and lastly, the fourth treatment involves a chemical process which includes a residual disinfection. 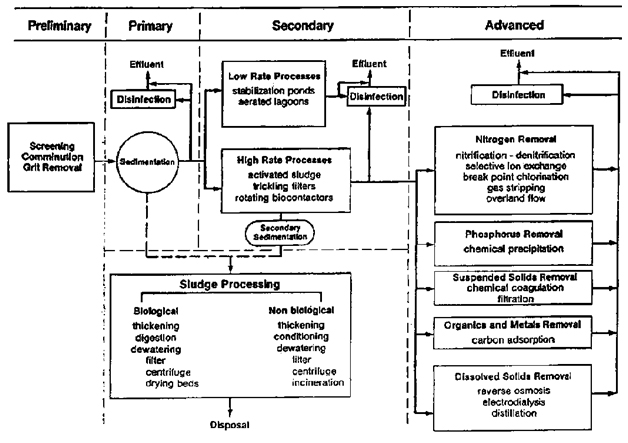 The water treatment can majorly be divided in Physico chemical treatment which helps in treatment of oil effluent. Oil and grease are the main effluents from industries like chemical plants, textile, petrochemical plant and food processing industries and oil refineries. Conventional methods of treating oily waste waters include gravity separation, skimming, dissolved air flotation, coagulation, de-emulsification and flocculation. Gravity separation and skimming are two preferred and effective methods of oil separation. The API oil water separator can be used to separate the suspended solids and oil from the effluent. Another method, dissolved air floatation is used to enhance separation by increasing the buoyancy of smaller oil droplets from water. India spends a significant amount to treat the waste water and reuse it for various purposes. The Government is constantly making efforts to increase the technology used in waste water treatment and increasing awareness about the importance of the treatment for various industries. 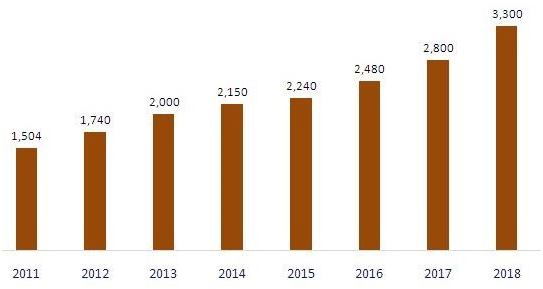